Macatawa Technologies | Phishing Attacks and How to Avoid Them
We all have to deal with phishing attacks, but a business has more at stake. This month in our newsletter we tell you how to thwart phishing attacks.
Phishing Attacks, Pharming Attacks, Network Security, Spam Protection, Network Protection
17773
post-template-default,single,single-post,postid-17773,single-format-standard,ctct-bridge,wp-featherlight-captions,ajax_fade,page_not_loaded,,qode-child-theme-ver-1.0.13,qode-theme-ver-16.8,qode-theme-bridge,qode_header_in_grid,wpb-js-composer js-comp-ver-6.4.2,vc_responsive

Phishing Attacks and How to Avoid Them 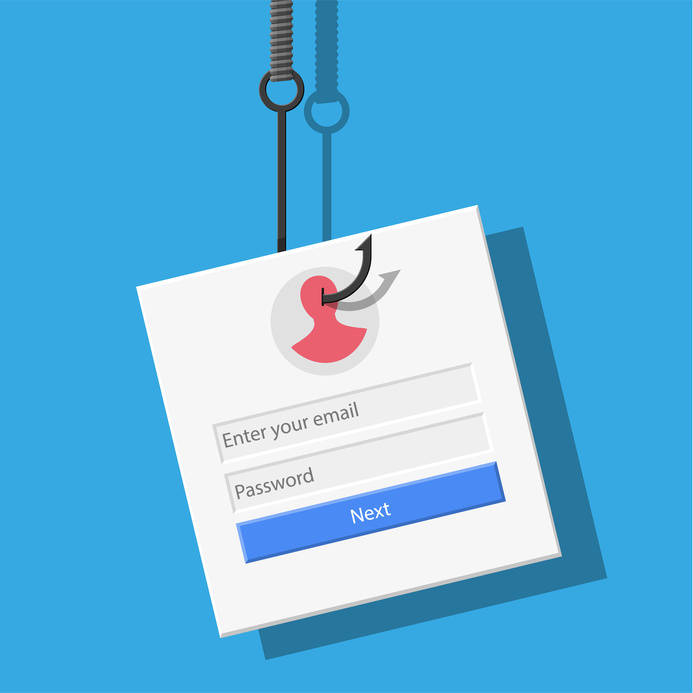 Phishing Attacks and How to Avoid Them

Phishing attacks are the bane of modern businesses, and any organization’s employees need to be cognizant of the threat they pose. Unfortunately, no matter how much you protect against them, hackers are usually crafty enough to work their way around even the most well-defended security measures. However, not even the best security measures can keep your employees from making a split-second decision to click on a link or download an infected attachment.

What Are Phishing Attempts?

Phishing scams are any attempt by hackers to steal credentials from your organization through crafty methods, such as posing as individuals within or without your business, targeted attempts on specific individuals (spear phishing), or impersonating a company’s CEO (also known as “whaling”). Whatever it’s called, the end result for a phishing attack is one that makes someone within your organization hand over credentials or other important information.

Suspicious messages are the first throwaway sign of a phishing attack, but it’s not always so simple. Whether it’s a message from someone you haven’t heard from in a while, or one containing some strange words that don’t seem like the right ones used by the sender, you might be facing a phishing attack. Here are some of the other common ways you might identify a phishing attack.

To limit the threat of phishing attempts, take the following actions now: