Macatawa Technologies | Avoiding Cybersecurity Placebos in Your Business
Don’t get tricked by cybercriminals. They are targeting your business and taking advantage of misinformation.
Cybersecurity, small business, passwords, risk
18169
post-template-default,single,single-post,postid-18169,single-format-standard,wp-featherlight-captions,ajax_fade,page_not_loaded,,qode-child-theme-ver-1.0.13,qode-theme-ver-16.8,qode-theme-bridge,qode_header_in_grid,wpb-js-composer js-comp-ver-6.1,vc_responsive

Avoiding Cybersecurity Placebos in Your Business 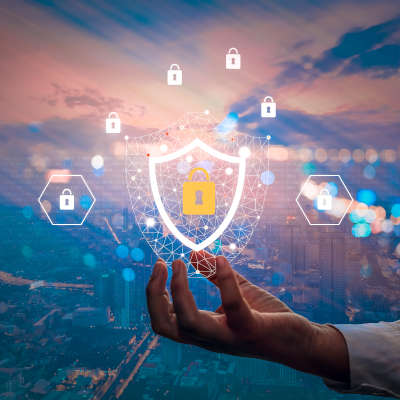 Avoiding Cybersecurity Placebos in Your Business

When it comes to your business, especially its technology, some of the buzzwords you hear floating around can be pretty convincing, almost intoxicating. Unfortunately, like most buzzwords, many of these are aggrandized beyond their worth to the average small-to-medium-sized business. Let’s take a look at how this can impact a business’ perception of its cybersecurity, as well as dig into the reality behind these terms.

What is “Security Theater?”

Security theater is a simple shorthand for any security efforts put in place that do little to better ensure one’s security, despite making one much more comfortable, generally for some considerable cost. The idea behind it is that security exists as both a reality based in math and science, and as a perception that is based in emotion.

While security theater may have perceived benefits, Schneier says, the true concerns come with the costs that are associated with it.

Let’s return to his example of the tracking tags on newborns. With such a low rate of infant abduction, there was realistically little-to-no practical risk of someone’s child being abducted from the hospital. However, as the low-cost RFID bracelets allowed parents to breathe a little easier when their baby wasn’t in the room with them, hospitals found this investment to be worthwhile. Another example that Schneier gives is the introduction of tamper-resistant packaging on over-the-counter drugs in the 1980s. With poisonings getting some significant coverage by the press in this era, the idea that medications would be tampered with was relieved.

However, there is a point at which security theater can become detrimental: when the investment (real or perceived) into your security is generating negative returns—or in other words, when your security measures are actually making you less secure. One glaring example from recent years is the 2013 hack into Target, where numerous security teams dropped the ball as numerous failsafe notifications and procedures were ignored. Let’s go into how you might be “overacting,” so to speak, when it comes to some of the security theater you have in your office.

Forcing your employees to update their passwords each month has long been established as a counterproductive security measure, as this will only encourage them to adopt other behaviors that will directly undermine your resiliency. Perhaps these passwords will become embarrassingly predictable, or your users will resort to writing them down somewhere to keep track of them all. Instead, use other methods of reinforcing your business security, such as multi-factor authentication (MFA) or single sign-on solutions, paired with a more moderate password policy.

That said, we’re not advocating never changing passwords, but the bad habits it causes are much worse than what mandatory password changes do for the greater good.

A never-ending barrage of security notifications can have a few negative repercussions on your users. Naturally, their workflows will suffer from consistent interruptions, but there is also the fact that these notifications will eventually be tuned out. As a result, if a real issue does eventually present itself, it is more likely to be ignored. An MSP’s services can help to separate the wheat from the chaff, preventing your users from encountering interruption in most cases.

Think back for a second: when you last had a cybersecurity training session for your users, what was the general format? Was it primarily a lecture, or were your employees involved and engaged in the process? When was your last training initiative? Many companies figure that these seminar-style sessions serve their purpose, but the more effective means of instilling good cybersecurity training is through shorter, more frequent, and (most importantly) more interactive efforts.

Macatawa Technologies has the tools and resources that can help you to better ensure your security efforts are contributing to your practical security. To find out more about the solutions that we can assist you with, reach out to our team by calling 616-394-4940 today.